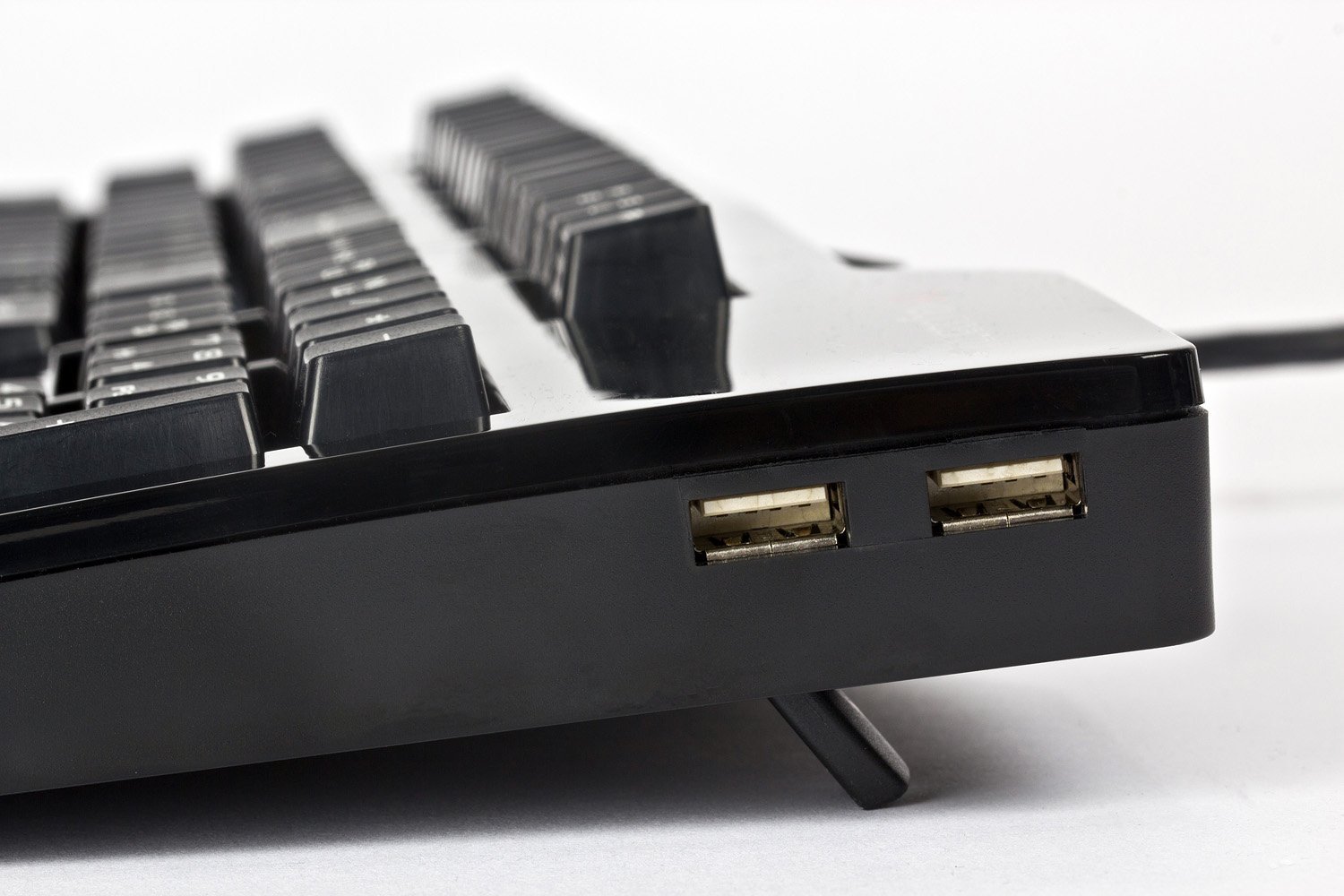 I never really thought of my keyboard as an important accessory, but rather, as that essential item that you buy for the cheapest price possible and be done with. I mean, a keyboard is a keyboard right? Well, I discovered that your choice of keyboard can make a big difference, and so I wanted to share my story with you…

Around six or eight months back, I had to replace a broken keyboard and so I stopped out to the local grocery store with a tech isle, and bought the cheapest keyboard I could find. It’s only a keyboard, what does it matter right? Well it did matter. I found myself making an alarming number of typos. I didn’t want to blame the keyboard because I’m far from a perfect typist, and yet I knew that something was unusual, surely I wasn’t this bad at typing?!

It turns out that the cheap keyboard I’d bought was introducing typos into my work. This was a wireless keyboard, and it seems that as the radio was transmitting my key presses from the keyboard, through a thin and mostly hollow desk, 2 feet away to the usb dongle in the computer, some data was being lost. I determined this was the case, as each of the typos that I was noticing appeared to be the very next key over, which could either be a fat finger rolling over to another key, or could be a single binary bit dropped from the key-code. Since the key-codes are generally sequential right to left over the keyboard, this made sense as a theory, so I tested it. Sure enough, the keyboard would typo about once every 30 or so key presses.

So I went out looking for a replacement keyboard. My only real requirements at the time were:

You may not agree with either of the above requirements for your needs, but this is what I went looking for. For around $40 I came across the Perixx PERIBOARD-512 keyboard with built in Trackball. The ad for it also stated “Standard Full Size Layout” which it turns out wasn’t entirely true…

The Perixx Periboard-512 actually isn’t too bad as a keyboard, but I did have some issues with it.  First of all, it’s quite light and a little flimsy. It doesn’t feel too solid, not that this is necessarily a problem, but I didn’t like the feedback I got as the keyboard flexed under heavy use.
More annoyingly however, was that the trackball (which I’d thought would be a great feature) is located where the arrow/cursor keys should be, an so the cursor keys are in a non-standard location beneath the right shift key. In addition to this, the print-screen, scroll lock and pause keys are slightly lower down towards the center control keys than on a standard layout, which makes them very easy to catch when going for the ins/home/page-up keys. This was a problem for me because I actually use those arrow and center control keys quite a lot while editing code.

I also didn’t like the membrane keys, there was no satisfying key-travel or click. I know that some people don’t like keyboards which click but I do. I guess something about my subconscious gets a kick out of hearing it. As you’ll see though, the keyboard I finally landed on is actually available in both clicky and silent variants.

Ultimately I went looking to replace this Perixx keyboard, but I kept it around and have found an interesting secondary purpose for it. You see, because this presents as a simple keyboard and mouse, all in one, it’s now my go-to device for working with newly built computers and OS installation. I’ve no need to keep a separate keyboard and mouse in order to get into and operate the bios in a new build, instead, I just grab the Perixx.  So if you need a keyboard that you’re going to use during PC builds, or to carry from one headless system to another, this is a handy little device.

Armed now with a few more requirements, I went back to shopping.

I should also point out that despite seeming negative towards gaming keyboards, I do also game on this computer. A keyboard that meets my requirements list will be great for games too, it just won’t have the ‘fun’ graphics and flashy lights that gamers seem to crave.

For $120 the next keyboard I bought was the Das Keyboard S Professional. This keyboard is manufactured in Germany, which seems to be something of an unusual thing with the vast majority of keyboards available in the US today being manufactured in China. The Das Keyboard (translated simply as “The Keyboard”) is available in both noisy and quiet variants. My selection was for the Brown MX (mechanical) keys, and of course, clicky!

So, this keyboard meets my above requirements. It is wired, with mechanical clicky switches and it solid. I mean, like any keyboard, if you put sufficient lateral pressure on it, it will twist a little, but it’s otherwise quite nicely weighted and feels rock solid on a desk. It has a very standard keyboard layout, no silly lighting or fun design patterns, and as an added bonus it has a built in USB 2.0 hub… While this is only USB 2.0, it is sufficient for me to plug in which ever Android device I’m deploying code to at the moment, and carries sufficient power for charging devices right on the desk too. In fact, I frequently use it to plug in an external webcam because, the camera I have has a very short USB cable, which otherwise doesn’t reach the PC. Rather than extend the cable, I simply plug the camera in when required. ( That’ll also please anyone that is paranoid about being watched through their webcam, since you can remove it from your keyboard to disconnect it. )

This Das Keyboard has two USB connections at the end of it’s cable. One labeled for the keyboard and the other for the USB hub. It is also supplied with a USB to PS2 adapter, which MUST be used on the keyboard USB plug in order to enable the Rollover support feature. So while this keyboard can be used with USB only, you’ll only get the RollOver feature through the PS2 socket.

I LOVE this keyboard. I’m very likely going to buy a second one and several spare switches to ensure that I never have to worry about finding a good keyboard again. So I’ll apologize to anyone that watches my videos, for the keyboard noise introduced by this keyboard. I’ve done what I can to mitigate this by mounting my microphone on the wall (to avoid vibration through the desk), but I’ve no intention of changing the keyboard. This does what I want, feels great, has keys in all the right places for operating the IDE and text editors, and just happens to also make a really satisfying clicking rattle as I type.

Is this the ultimate keyboard for Coders?!
Well, that’ll be a very subjective thing I’m sure. Many of you may not like my choices, you may need wireless, you might actually like RGB LED’s (you animal). I also have not tried a wide range of keyboards, I feel like I struck lucky with this one. Ultimately though my answer is Yes, from my range of experiences with keyboards and a purchasing spree, which actually included more keyboards than I featured in this post, this is the ultimate keyboard for a coder such as myself.

10 thoughts on “The Ultimate Developer Keyboard?”