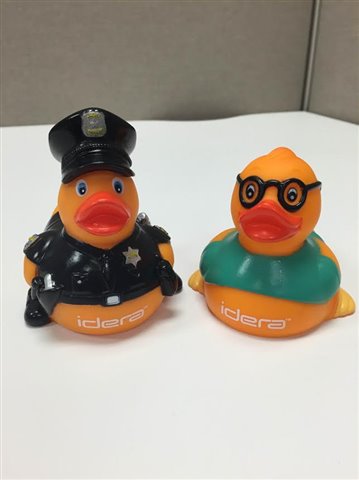 Two days ago, a new meeting appeared in my work calendar from an Embarcadero VP, labeled as a “Catch-Up.” This is actually nothing too far outside the usual, as I have been working from home for around two years, a catch-up skype call would happen from time to time. Unfortunately, this call was quite short. I was to be let go from Embarcadero, and a member of H.R. was on the line to fill in the details. The day that my contract was to terminate? Yesterday.

The reason for my being let go was explained as being due to “corporate restructuring” which made my position redundant. I take a little solace, at least, in being let go as a lay-off rather than for some reason related to work performance or quality, but none the less it came as a surprise to me. What was more of a surprise however is how I felt about it. You see, while I was immediately concerned for the financial security of my family, I was not emotionally hit by the decision. In fact, I felt a certain amount of relief.

My employment at Embarcadero began around 6 years ago, and I derived more than a little enjoyment from being able to interact with the Delphi community in a more immediate way. I would talk with customers directly and try to help them to solve problems in their development process, or help them to find solutions to technical problems. My blog, which was already of a technical focus, became far more Delphi related, and I was able to take part in producing talks for skill-sprints and webinars and so on. This was all truly very rewarding and enjoyable work.

Unfortunately, such fun times can’t last forever, and I began to feel gradually more disjointed from the fun components of the job, and more entrenched in the more tedious components of it. If I had to put a time-frame on it, my feeling disjointed began in the weeks and months leading up to the acquisition of Embarcadero by Idera. Now, before you get excited that this might be a post slamming my former employer, think again, that’s not what this is about.

Idera have actually been very good to me until this point, allowing me to begin working from home after the birth of my son and to this day. I can’t thank them enough for this perk which has allowed me to be there to witness almost every moment of his life thus far. There have of course been negative components to my position, as well as positive, but that’s the case with every job. You take the good with the bad and do your best to enjoy what you do.

Idera have also been, I feel, a great benefit to the product. For example, Idera actually did a stabilization release, and they launched the Community Edition, two things that I don’t think would have ever happened under previous ownership. In terms of the product and the health of it’s community, Idera has had many strengths.

After the acquisition however, my role began to change in ways that I did not appreciate. I need not detail the changes here, and as I’ve already said, that’s not why I’m writing this post. Suffice to say that I felt the more engaging, creative and enjoyable components of my role ebbed away, and were replaced with more mundane tasks. Critically, I felt that my experience, knowledge, and therefore my time was not fully valued. I’m sure, and I know, there are other members of the staff that have been able to thrive and remain creative under Idera ownership, but it seems that for me there was some incompatibility with the organizational style and culture.

You need to understand though, that I have been a fan of the product set for over two decades, leading back to the Turbo Pascal days in MS-DOS. I was not going to let a culture shift keep me from making the effort. I plugged on and continued to advocate for the product at every opportunity. I made efforts to keep my blogging activity going, while also attempting some larger community projects. For example, I ran a series of videos on building a REST back-end, and then tried building a game engine live on YouTube. I guess I was just trying to cling on to the more creative aspects of the role I’d previously engaged in, but as time went on the constraints on my time made this less achievable.

Time constraints, oh time constraints. Getting back to the point of this post.
There have been three occasions on which I told myself, “if it’s important enough, you make the time.” I’ve started three community oriented projects with every intention of completing them, and which sadly just had to stop because they interfered either with my work, or my personal / family time. My free time became ever more precious, not only because I have a young family, but because my work fulfillment was diminishing. I really hate to see a project go unfinished, and frankly, writing code is one of my highest passions.

Well, there’s an up-side to all of this. I now have an abundance of free time!
Obviously, I will be re-entering the market place and looking for a new opportunity to move forwards and to support my family, however, I am not entirely without leeway and so I can now spend my time as I please.

YOU, my readers, the members of the Delphi, and wider development community, are what made my position enjoyable to begin with. Embarcadero may no longer have need of my services, but that doesn’t mean that I will no longer engage with the community or stop doing what I love to do. If anything, I should be more free to do so.

You can expect my blog to get some attention in the near future. Perhaps I’ll return to the game development project, and almost certainly you’ll hear about my library for handling arbitrary multidimensional arrays (tensors) for machine learning. Maybe I’ll revitalize my YouTube channel, and I might even start one of those Patreon thingies!
Whatever the future holds for me, one thing is certain, I am resolute that this is not the last you’ll hear from me.

So grab your barf bags for the usual, though heart felt platitudes.
A company is not it’s products, nor it’s branding, but it’s people. At Embarcadero I have had the pleasure to work with some truly outstanding people. Some of them I will remain in touch with as friends, and others I will miss. I’ve also been privileged to work with a strong, loyal customer base that have every bit as much passion for the product as I do.
I wish Embarcadero every success. Oh, and I’ll say just this one more thing…

So long, and thanks for all the … Idera branded rubber duckies?!

As always, Thanks for reading!

6 thoughts on “A Farewell to Embarcadero.”