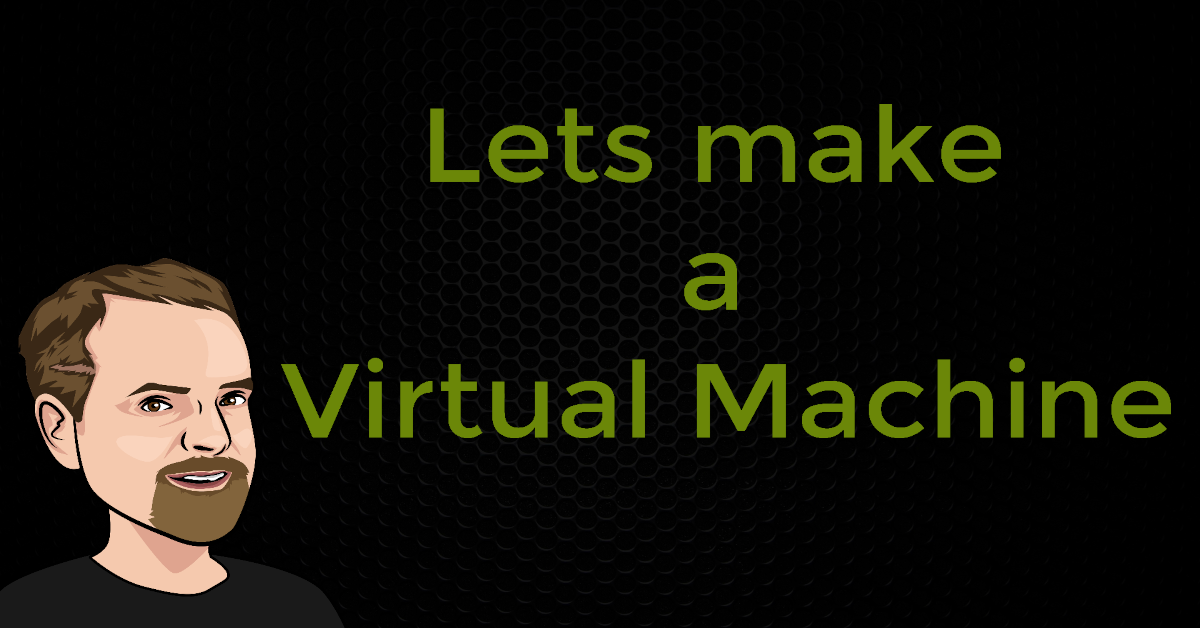 It’s been around three months since I published a video named “Lets write a Virtual Machine – Part 1” on my YouTube channel. I’ve been quite time constrained, but what little time I have had, has been spent on making videos and thus this blog has been a little neglected. To make amends, I decided to type-up part one of the virtual machine series for you to read along here, and before making part two, I typed that up also.

Part one of the series is around an hour long in video form, and quite a long write up, done after making the original video. Part two is much shorter, and was written up before the video was made. Going forwards, I plan to write up the parts first, and make the video based on that write up. This way, I won’t be neglecting those of you that prefer to read.

So you can read along here : Lets write a virtual machine.
The page will be updated with each new part, and I’ll post an update as a notification to let you know it’s there.

I hope you enjoy the series, and if you do, please consider sharing a link to the post or YouTube playlist!