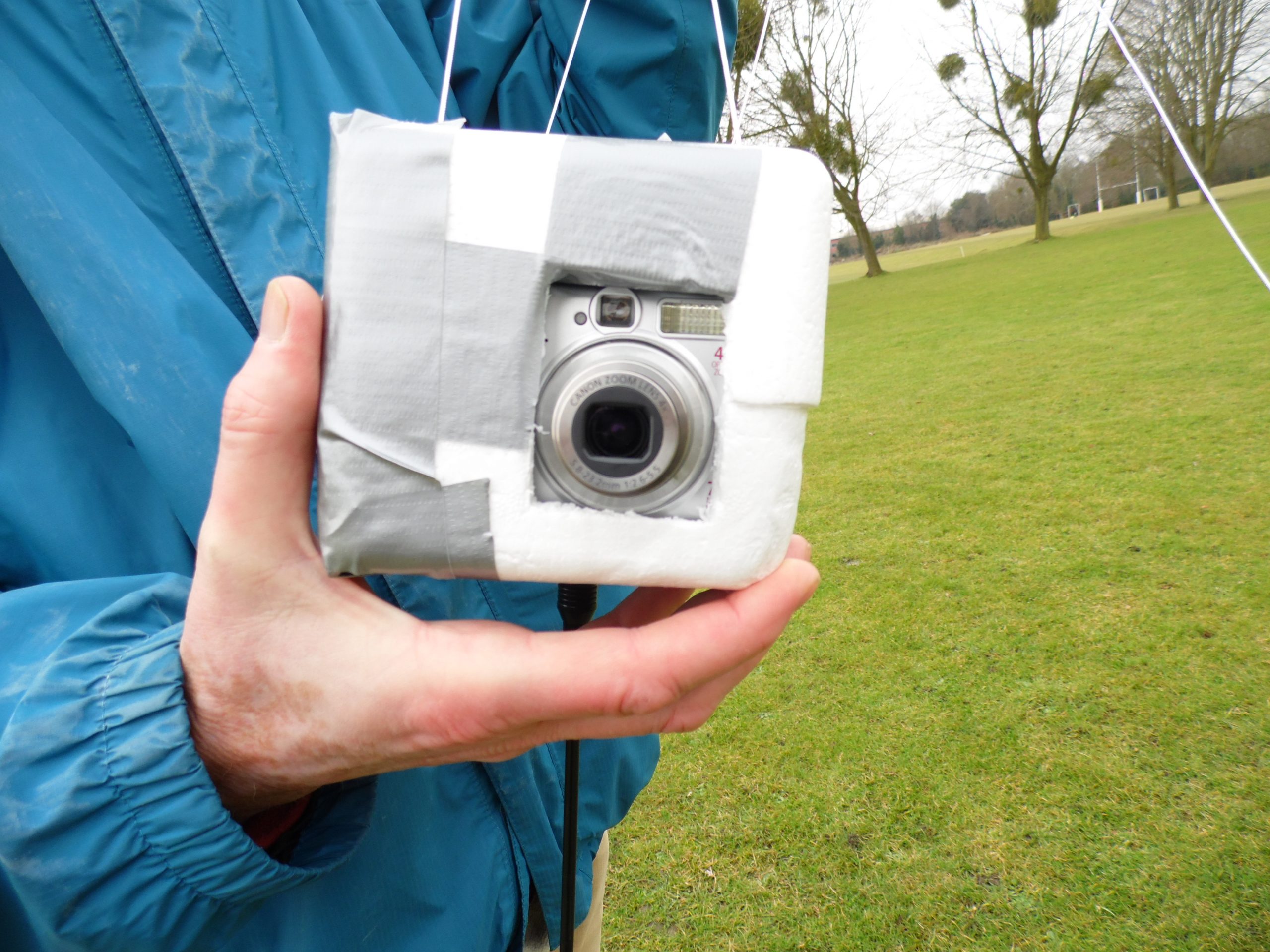 As with Artemis-1 Flight-1 this mission page is really just a recap, as most of the original blog data has been lost.

In February of 2013, having already moved to the United States, my employer flew me back to England on business. While there, I figured, why not attempt another flight.Unfortunately, during February in England the weather is not always ideal for balloon flights, and all of the predictions showed the balloon heading south at speed, ultimately crossing the channel into France.

Some generous members of the CUSF (Cambridge University Space Flight) team agreed to travel through the tunnel into France to become a second recovery team, while Danny H, Clive G, Simon A, and myself formed the England based launch and recovery team, assisted by Ed Cunningham from CUSF.

During the flight, the old Artemis flight computer displayed erratic behaviour, stopping and starting transmission, and transmitting a few badly formed data packets. This only made the flight more exciting, as the radio lost signal for 20 and 30 minutes at a time, and we headed south as fast as traffic would allow, trying to keep the signal.

Sadly, there was another issue with the launch. The payload ascended too quickly, which means it reached it’s bursting altitude of 31km too soon, and began it’s decent early. The France recovery team picked up the final transmission of Artemis-1 at an altitude of 50m while still 5 miles off of the coast of France into the English Channel.

None the less, here are some photos taken on the day of the launch… Ed Cunningham (left), Danny (behind), and myself (right) tie off the tether between the envelope and the payload. The team preparing for launch Danny gets in a photo op with the balloon before launch.